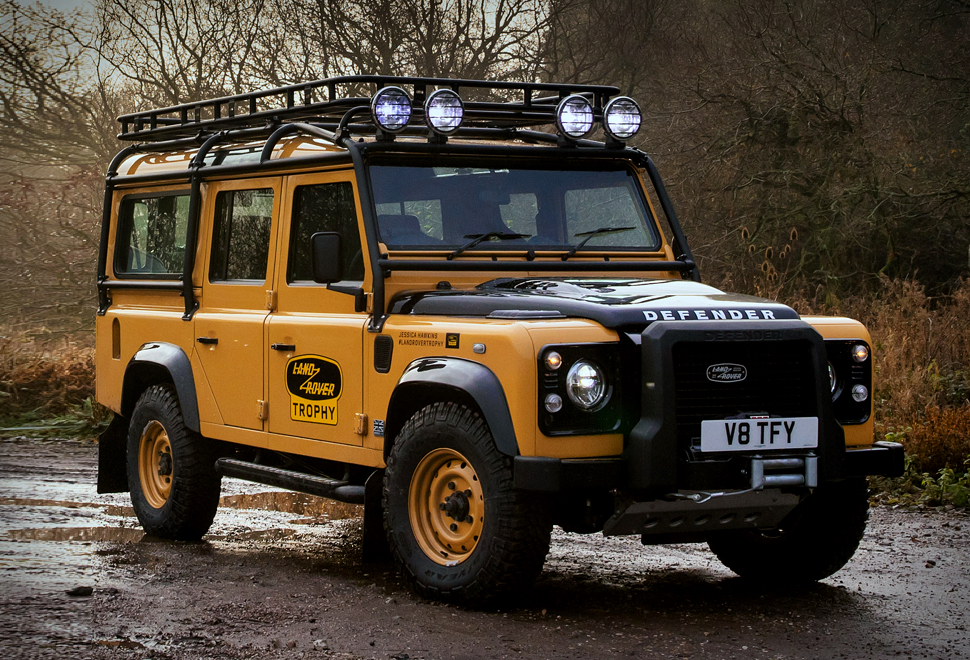 Following the strategy of recovering emblematic models from the past, the Land Rover classics division has just announced the production of 25 units of the Defender Works V8 Trophy, an SUV that made history in the legendary Land Rover Camel Trophy.

Based on the Defender Works V8 models from 2012-2016, the re-engineered vehicle will have a 405 hp V5 5.0 atmospheric petrol engine, an eight-speed ZF automatic transmission, reinforced brakes and a behavior maximization kit. An extensive series of adjustments are also being made specifically for off-road use. They will also come equipped with LED headlamps, a Heritage front grille, Land Rover Trophy badging, a black Windsor leather interior, a front winch, multi-point expedition cage, roof rack, underbody protection, A-bar, raised air intake, LED spotlights, and mud-terrain tires. Proposed in both the short (90) and long (110 Station Wagon) versions, all units will also feature an exclusive Eastnor Yellow finish, with Narvik Black details and high-strength steel rims, in matching yellow.

It should also be noted that customers who come to purchase one of these 25 beauties will also receive an invitation to participate in an exclusive three-day adventure at Eastnor Castle, Herefordshire, United Kingdom. Considered the spiritual home of Land Rovers testing and development. 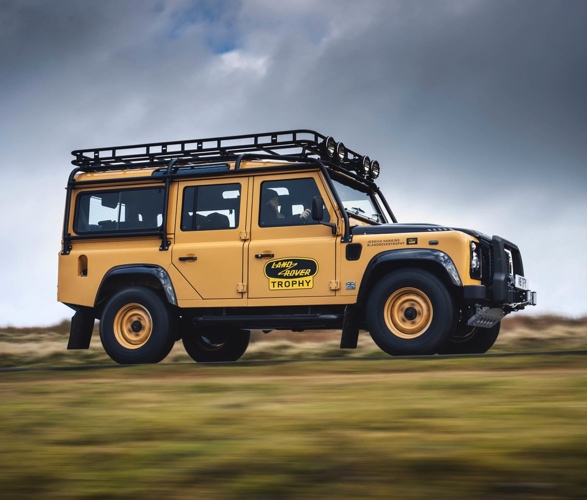 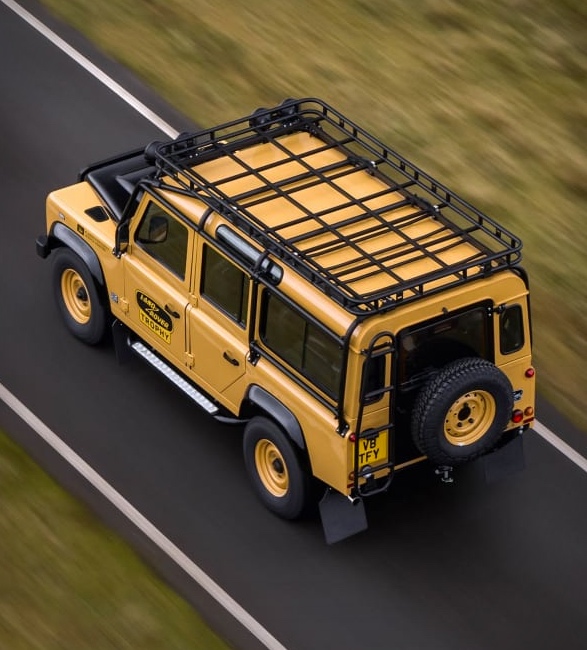 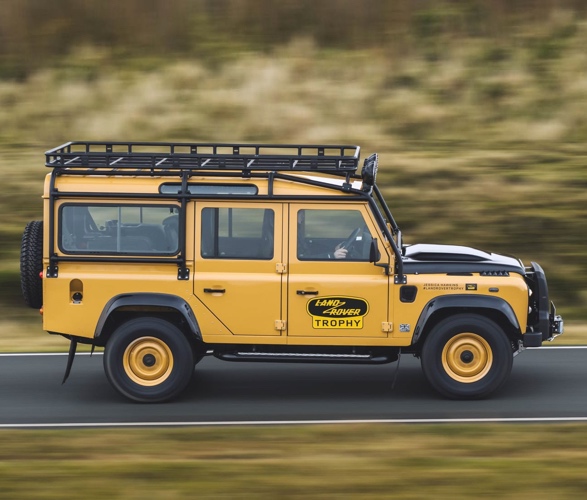 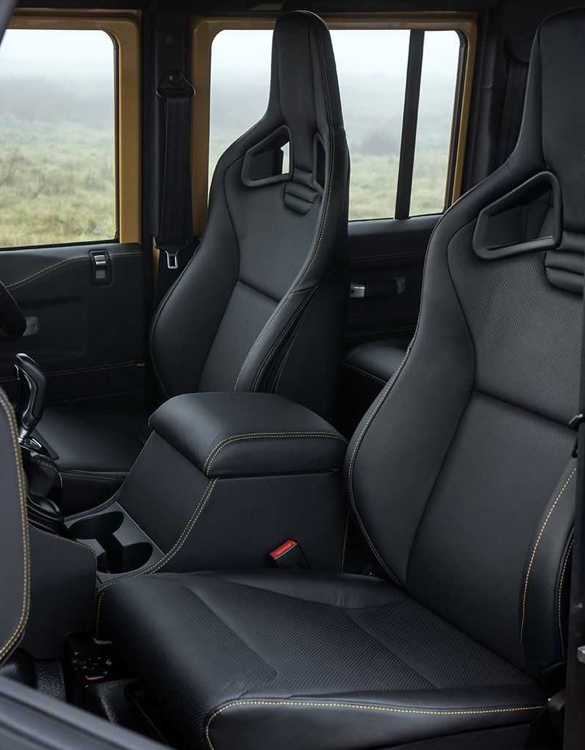 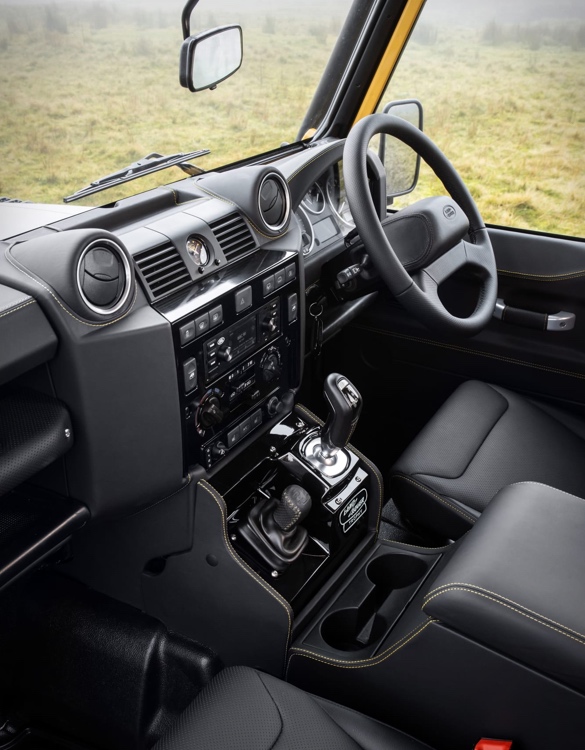 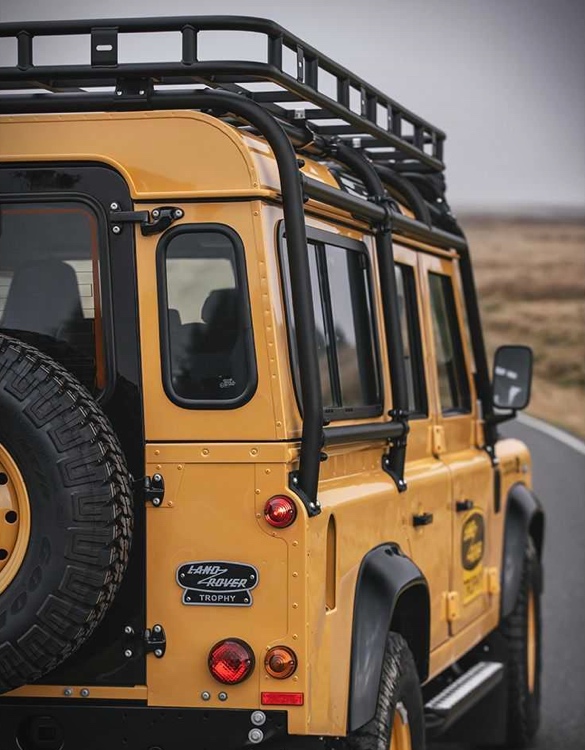 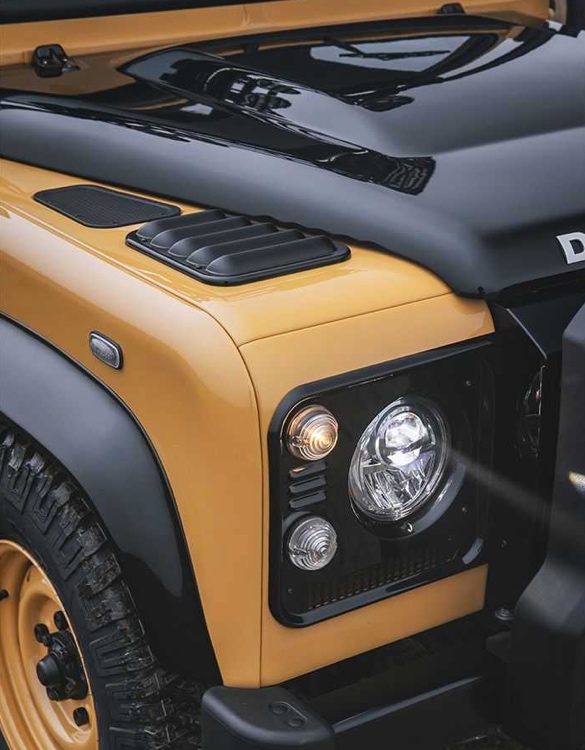 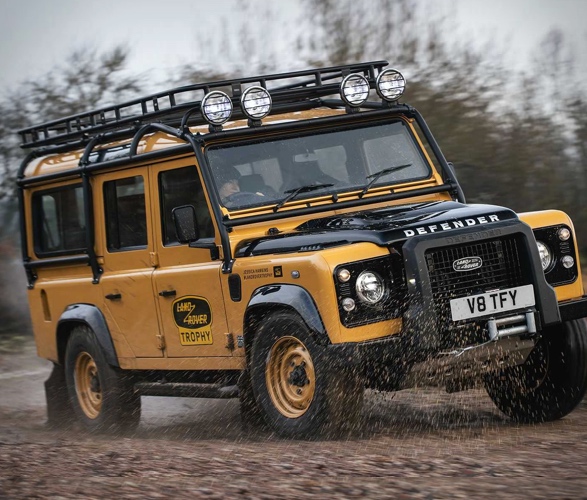 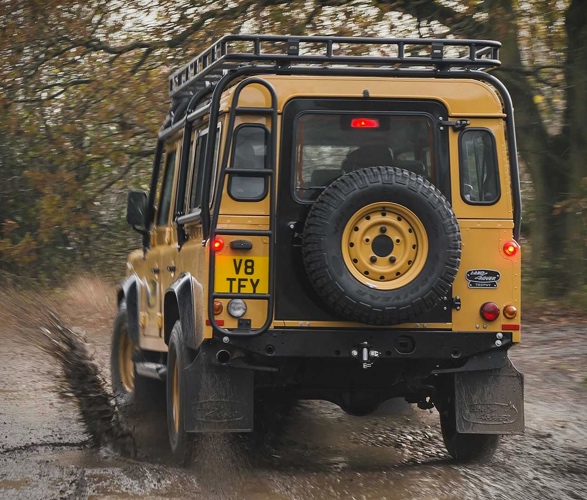 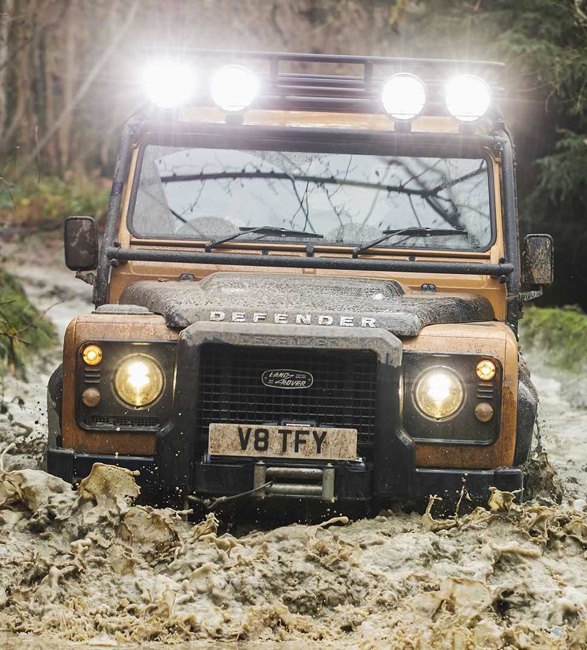 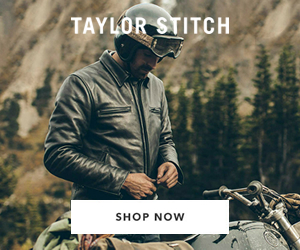 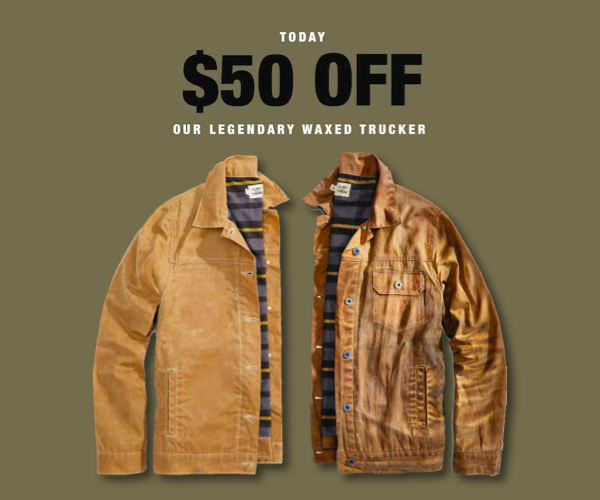 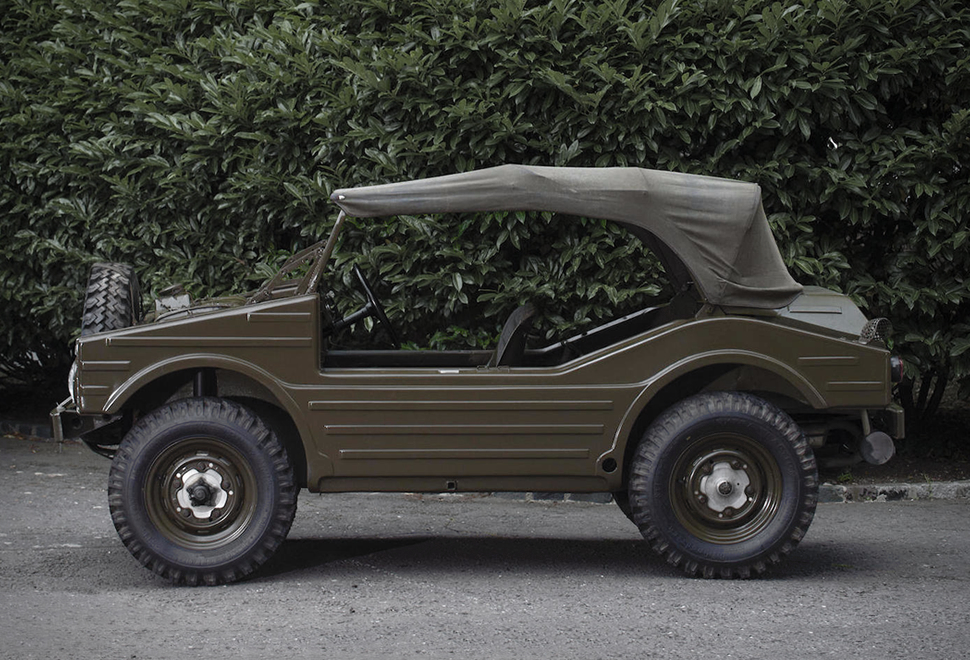 We all know what a Porsche should look like, but this is something definitely different. This unique model is called Porsche 597 Jagdwagen (roughly translating as "hunting car) a 4×4 developed in 1953 as a prototype for the German Army in World War II, as a vehicle comparable to the Jeep, Land Rover, and the Unimog. The car has the same flat-4 1.6-liter engine that sat in the Porsche 356. They manufactured only 71 of these utility vehicles between 1955 and 1958, an...
read more 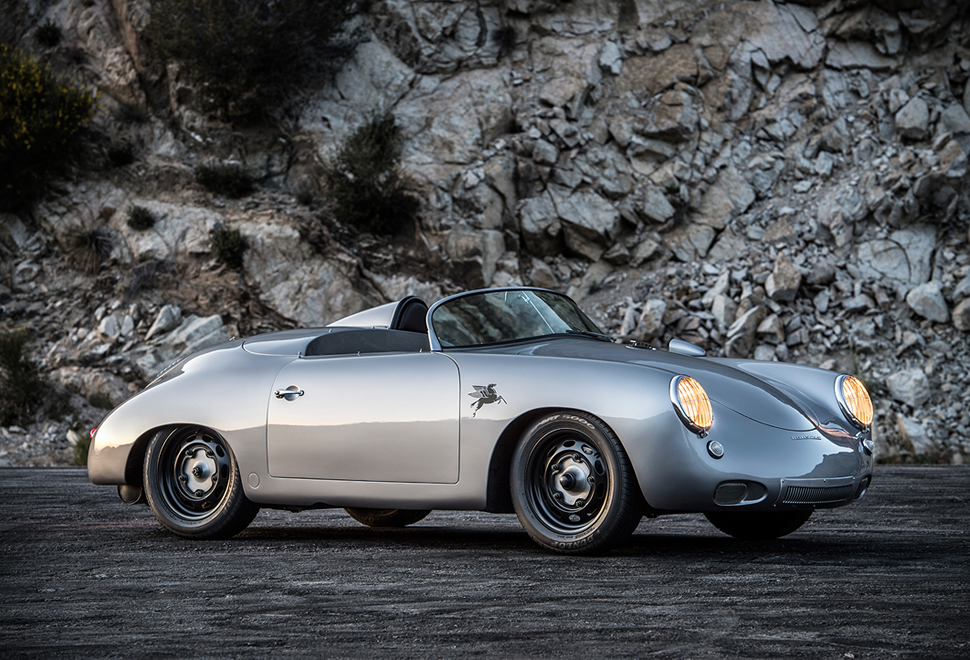 Rod Emory restores Porsche 356 coupes and convertibles at his shop in northern Los Angeles. His company "Emory Motosports are specialists in customising the Porsche 356s since the late 1980s. The timeless model was taken out of production in 1956 but has since remained a favorite of car collectors worldwide. Dubbed the "Outlaw, this modern take on the classic sports car has been updated with some premium flourishes for the exterior and interior, including rally-st...
read more 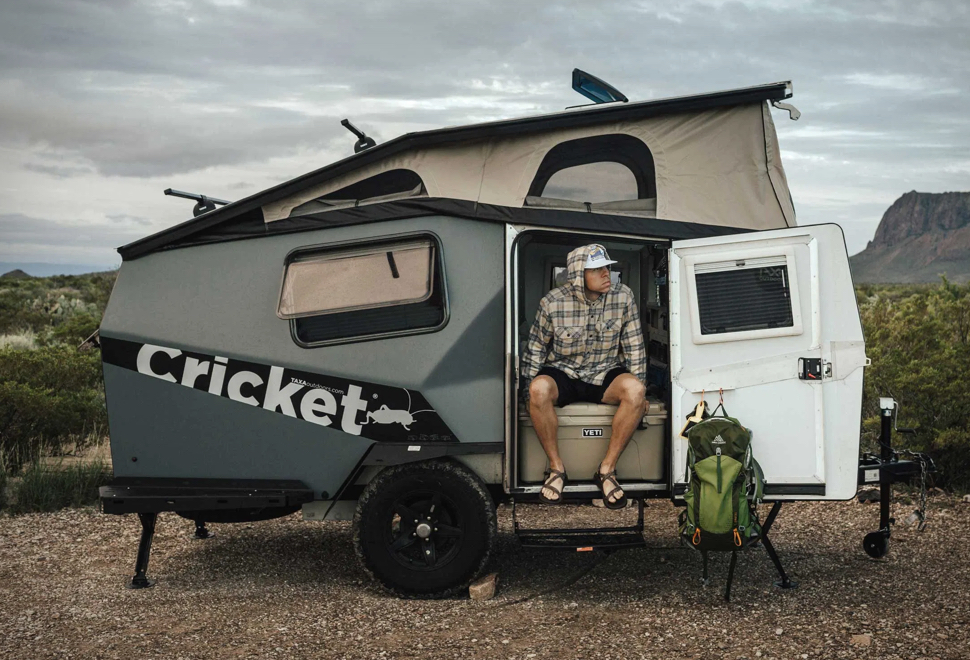 TAXA Outdoors have introduced the new 2020 Cricket, the ultimate adventure camper. The updated and upgraded ultra-lightweight (weighs approximately 1,800 lbs) camper now measures 15-feet-long, and boasts enough room to comfortably sleep two adults and two children. It now also features a pop-up roof that adds more space to the interior, providing standing room. There is also a queen-sized bed for two adults, which can be converted to a couch with table, as well as t...
read more